Obtaining identification from clients for the purpose of fraud prevention 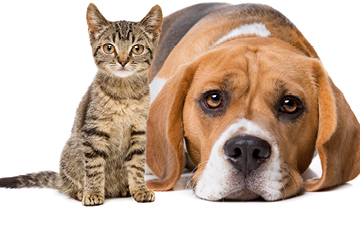 For many of you who have already attended a Strata Management Continuing Professional Development session this year, you may have had a discussion about strata schemes and the legal cases that have decided whether or not pets can be banned from a strata scheme and the effect of by-laws that are essentially a blanket ban on all pets.

A blanket ban means a by-law that states no pets of any kind are to be kept on a lot. This kind of by-law is now considered to be of no effect as at 25 August 2021 with only two options for an Owners Corporations pet by-laws;

Interestingly, if an Owners Corporation adopt option B, the owners corporation must make a decision in a reasonable timeframe, the animal is instead automatically approved to enter the scheme.

From 25 August 2021, the new regulations have prescribed a limited list of specific grounds where an owners corporation can refuse a lot owner from keeping an animal in a strata scheme or take steps to remove an existing animal from the scheme. These circumstances include repeated damage of the common property, menacing behaviour, persistent noise and odour.

The Strata Schemes Management Regulation 2016 now set out that an Owners Corporation can have an animal removed, even if the pet was previously approved by the owners corporation if the animal causes what would be considered unreasonable interference for any of the other lot owners. Reasonable interference now, under the regulations, is defined to include: