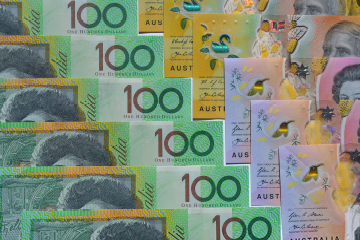 It’s August and it’s trust account audit time, which always raises lots of questions. The College has received a number of calls over the last two weeks from agents who have been getting their trust account audits completed and were unaware of the rules regarding unclaimed trust monies. In the past, these unclaimed monies would be handed over to NSW Fair Trading. The responsibility for handling unclaimed monies now lies with Revenue NSW.

The Unclaimed Money Act 1995 (the Act) now applies to unclaimed money held in a trust account under the Property and Stock Agents Act 2002.

According to the Act, trust money is considered unclaimed if it has been held by a licensee for more than 2 years in a trust account. This applies to all amounts of money, including under $100.

A licensee-in-charge must make reasonable efforts to locate the owner of any money and failure to do so could attract a penalty of up to $5,500. Reasonable efforts can be dictated by which account the money has been deposited into. If it is a property management account there are a number of measures you can undertake to identify the owner, starting with identifying which tenant has fallen into arrears that would not normally be the case, particularly if the amount deposited happens to be the same amount that is unidentified. Consider also amounts that may be outstanding for water usage.

If the money has been deposited into a sales trust account, it may be a little easier to identify who it belongs to simply due to comparable frequency of deposits. Consider any expression of interest deposits that may have been paid for a property being sold and cross-check with communications between the agents within the agency and potential purchasers. It could also be as simple as they have not cashed a cheque drawn to them.

In the ideal world, every person, purchaser, vendor, landlord and tenant alike would identify the money they have deposited. However this is not always the case.

Regardless of which trust account it has been deposited in, if it is unclaimed and you have reached the two year transfer mark, you must be able to show what steps you have taken to identify the owner of the monies.

What to do with unclaimed trust money

All returns and payments must be made to the Chief Commissioner of Revenue NSW – not to NSW Fair Trading. Visit the Unclaimed money page of the Revenue NSW website for more information about unclaimed trust money under the Property and Stock Agents Act 2002.