Look after your safety 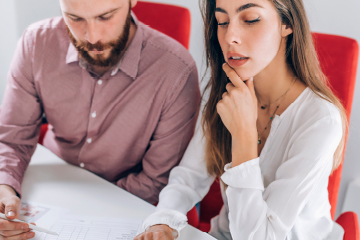 When an agent is given the authority to exchange contracts within their own office, that agent must ensure that while doing so, the contracts are exactly the same.

While this may sound like a standard procedure for any office to go through, in times of high pressure, sometimes things fall through the cracks and there are few more high pressure occasions than having purchasers and vendors keen to have exchange effected. However, this is one area where you do not want anything to go wrong as it can be costly to you and your agency – as well as your vendor.

Ensure that all pages are the same

In most cases today, a contract can be exchanged electronically, a docusign contract for example is a singular locked document that all parties sign on the same document, removing risks of last minute changes occurring on one copy. When solicitors and conveyancers exchange contracts in person, they are responsible for ensuring that everything is identical. This sounds very tedious and slightly obsessive, however, to exchange contracts that may have a difference within them means that the parties are entering into contracts with different terms to one another. This is problematic, especially when it comes to payment of monies, settlement dates, whether the property is to be given with vacant possession. If one contract states the purchaser is to be responsible for payment of adjusted land tax for example, and the other contract does not stipulate the same, we now have some real issues for the conveyancing process and potentially some financial issues for the agent if it was them that exchanged a contract with differences within it.

Do not change anything

Another real issue when the contracts are being signed and exchanged within your office is when agents change terms and conditions within the contract. The only area an agent should alter is within the black box on the front page of the Contract. It is accepted that you are able to add the inclusions, exclusions, purchaser’s details, sale price and deposit, however there are two issues that still arise.

Remember that should you as the agent make one of these mistakes and are responsible for the exchange of contracts, it could be your commission (or even more) on the line.