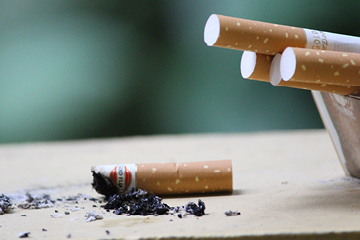 An interesting case was decided by NCAT recently that gives a new perspective on an Owners Corporation’s responsibility when dealing with complaints involving smoke drift and neighbouring properties.

As of 30 November 2016, the Strata Schemes Management Regulation provide for a standard by law to be introduced to restrict smoking on common property and to prohibit smoke drift from common property. What the legislation has not done is prohibit individual owners being able to smoke within their own property. Obviously, all owners should have some level of autonomy, especially within their own four walls. However, how is an adjoining owner or an owner across the hall able to stop someone else’s smoke from causing a hazard or nuisance within their lot?

This is where we look to the case law. There have been a few cases in the last five years that have considered the impact on lot owners when another lot owner is smoking and that smoke drifts into someone else’s lot. In most of the case law to date, the cases surrounded tenancy and could be dealt with by consulting the Residential Tenancies Act 2010 and the lease that applies to that tenancy. The cases where lot owners are taking action against the Owners Corporation because one owner’s smoke drift is interfering with the neighbouring lot however, is a rare and interesting case.

In the case of Gisks v The Owners – Strata Plan No 6743; The Owners – Strata Plan No 6743 v GISKS [2019] NSWCATCD 44, NCAT found that smoke drift emanating from a lot onto a neighbouring lot is a nuisance because it is an interference with the lot owner’s use and enjoyment of the lot. This ruling indicates that smoke penetration from a lot onto another lot is potentially, a nuisance and hazard.

The Tribunal had heard the following facts:

(1) An owner, mortgagee or covenant charge in possession, tenant or occupier of a lot in a strata scheme must not:

(a) Use or enjoy the lot, or permit the lot to be used or enjoyed, in a manner or for a purpose that causes a nuisance or hazard to the occupier of any other lot (whether that person is an owner or not),

While this case was a case involving the Owners Corporation, the Tribunal did not penalise the Owners Corporation for not having taken better steps in preventing or stopping the hazard and nuisance. The Member did order that at all times, the neighbouring lot occupant must not smoke on the balcony or in the bedrooms of her lot AND must close all exterior doors, bedroom windows and bathroom window when smoking in her lot.

One thing a Strata Manager can take away from this decision is that an Owners Corporation should take these types of matters seriously. While there was no penalty in this case for the Owners Corporation’s inaction, penalties could have been applied, such as compensation to the compliant lot owner as well as costs orders against the OC in the matter. These complaints should be taken seriously and legal advice sought in a timely manner.