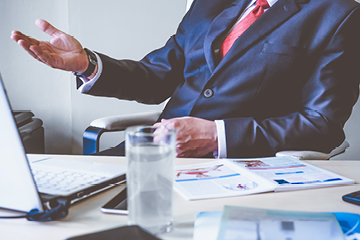 If you are one of ACOP’s Facebook subscribers then you may have heard this story recently, if you are not a subscriber we should first ask, why not? Tune in at 4.30pm on Wednesday afternoon’s for our industry updates.

But back to the story, a solicitor was astounded recently when an agent had made a pretty big mistake when disbursing funds from the trust account. The solicitor was acting for the vendor in a sale and the agent was holding $45,000 as deposit in their trust account. One week prior to settlement the solicitor, in accordance with the contract and permission from the purchaser’s solicitor, had instructed the agent to release $35,000 of the deposit as it was partially required to discharge the mortgage, leaving $10,000 in the agency trust account. The agent followed the instructions and as such the settlement proceeded without issue.

A week later, after settlement had been completed and after business hours, the vendor’s solicitor received an email from the vendor advising that they had received a large deposit that they were not expecting, the agent had deposited $35,000 directly into the bank account of the vendor. It appeared that the agent had in fact released the $35,000 twice… from a $45,000 deposit.

The vendor’s solicitor contacted the agent and the answer given, oh the accounts team must have made a mistake. A request was sent to the vendor from the agency to return the additional $35,000.

Without considering the obvious trust account breach issues in this scenario, as well as the benefits of conducting daily reconciliations and having the Licensee-In- Charge responsible for the disbursement of trust monies, one major question raised is, has this agency followed the correct procedure in reporting this breach to NSW Fair Trading? This is not just a breach that the Licensee-In-Charge should note in their diary for when their annual audit is conducted, they must report this breach within a very short time frame.

Section 89 of the Property, Stock and Business Agents Act 2002 states the following:

A licensee must, within 5 days after becoming aware that a trust account of the licensee has become overdrawn, notify the Secretary in writing of:

(a) the name and number of the account, and
(b) the amount by which the account is overdrawn, and
(c) the reason for the account becoming overdrawn.

Whilst we do not know if the agent has made that report to NSW Fair Trading, and we would hope that there are not many agents out there making the mistake of accidently releasing the same amount twice within a week to a vendor. We are pretty certain that not all agents realise that when a breach does occur, it MUST be noted with NSW Fair Trading even outside of your regular annual audit. Not doing so can attract a financial penalty to the Licensee-In-Charge.